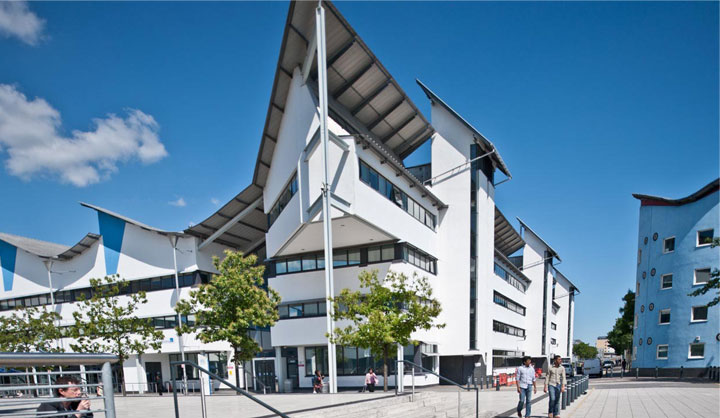 Project Description: The Docklands Campus was London’s first new university campus to be built in over half a century.

Opened by the new Mayor of London on his very first day in office in 2000, it has won acclaim for its iconic architecture and was short-listed for Building of the Year.

Situated in a stunning waterfront setting, our Docklands Campus provides a modern, well-equipped learning environment, with purpose-built lecture theatres and seminar rooms, a 24/7 library and learning centre, and a multimedia production centre with audio and visual labs and studios.

The Student Village is located on campus providing purpose-built accommodation for over 1,200 students, as well as shops and a launderette.

Fox Curtis Murray were appointed Clerk of Works on this project, which at the time, was at the forefront of Construction Technology, hence the Nomination for the Building of the Year.